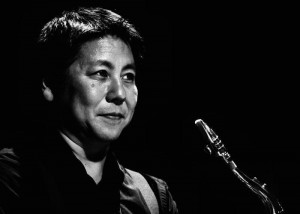 Davy Kazan fell in love with jazz at the tender age of 12, when he took up playing the saxophone at school. He spent many a weekend sneaking into Sydney’s jazz clubs while still underage because he wanted to listen to the music.

After qualifying as a chartered accountant he forgot about his saxophone for over 20 years, and rekindled his love of music when he joined ESME after moving to Munich. Davy managed the Big Band for a number of years before stepping into the leadership role in 2016. If you are interested in having the Big Band play at your event, please contact bigband@esme-ev.de